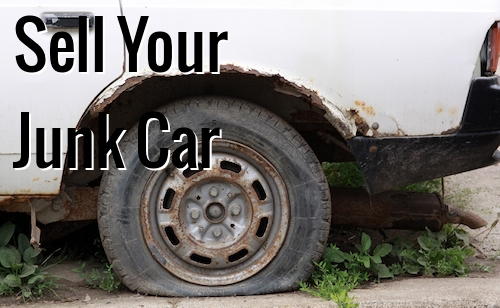 The value of cars is the highest when they are new, but even cars that are repairable and old also carry value. There are many car yards that would buy junk cars that are not usable anymore, but have valuable parts and metal. Many people know that they can get money for un-drivable cars, but there are many who feel that certain cars are not beneficial for junk car buyers. This is one of the common myths of selling junk cars in Encino. If you would like to sell a car that is no longer usable for you, don’t allow the following myths to stop you from reaching out to junk car buyers in Encino.

Cars that are reliable are not useful for junk car buyers

Makes like Toyota and Honda are known to be capable of driving thousands of miles before they finally die. This is one of the main reasons why many people assume that such reliable cars would be of no use for junk cars for cash as there might be no demand for the parts of such cars. But this is a lot far from the truth. Even vehicles that have long lifespan experience repair and maintenance issues. A car owner who wants to keep running a Toyota or Honda running for over 300,000 miles will buy parts from a junkyard in California, as it’s cheaper when compared to parts from an auto dealer.

Cars that are wrecked have zero value

Cars that are wrecked would seem to have the lowest value of any vehicle, but this entirely depends on the extent of the wreck. In many cases the damage from a wreck only affects the exterior of the car, but not the internal parts. Although these cars cannot be sold to someone who wants to buy to drive, but they can be sold to junk car removal companies who will pay cash for the remaining value of the car. Many car owners are surprised when they get hundreds of dollars when they utilise the cash for cars program from a junkyard. Have time for games?

Only popular models are bought by junkyard in Los Angeles

An old car that has not been driven much and has low re-sale value could be more beneficial if it’s sold as junk instead of selling it as a mode of transportation. Cars that have a working engine or have body panels that are undamaged are the kind of cars that junk yards look for. You might get a few hundred dollars for an old and rallied driven car, but a junkyard in North Hollywood that gives cash for junk cars might easily pay more.